Last summer, CPI reached an important milestone thanks to its official registration in Iraq, a country in which we are currently carrying out a program aimed at reconciliation and peace promotion. This program seeks to contribute to stability and lasting peace in Iraq, where society must now heal its wounds after years of conflict.

The entry into this post-conflict period is also in a way formalized by the proclamation of the end of the American combat mission in the country, jointly announced in July by US President Joe Biden and Iraqi Prime Minister Mustafa Al Kadhimi.

In the face of these new developments, we are therefore dedicating this edition of the newsletter to Iraq. The first article, “CPI in Iraq”, presents aspects of CPI’s program in Iraq, the progress already made, and the expected outcomes. We take this opportunity to share the methodology used by CPI and the concrete actions we are taking on the ground. The second article, entitled “Iraq / Afghanistan: same fate?” analyzes the comparison sometimes made in the media between the withdrawal of American troops from Afghanistan, which has been closely followed by the seizure of power by the Taliban regime, and the imminent end of the American combat mission in Iraq. 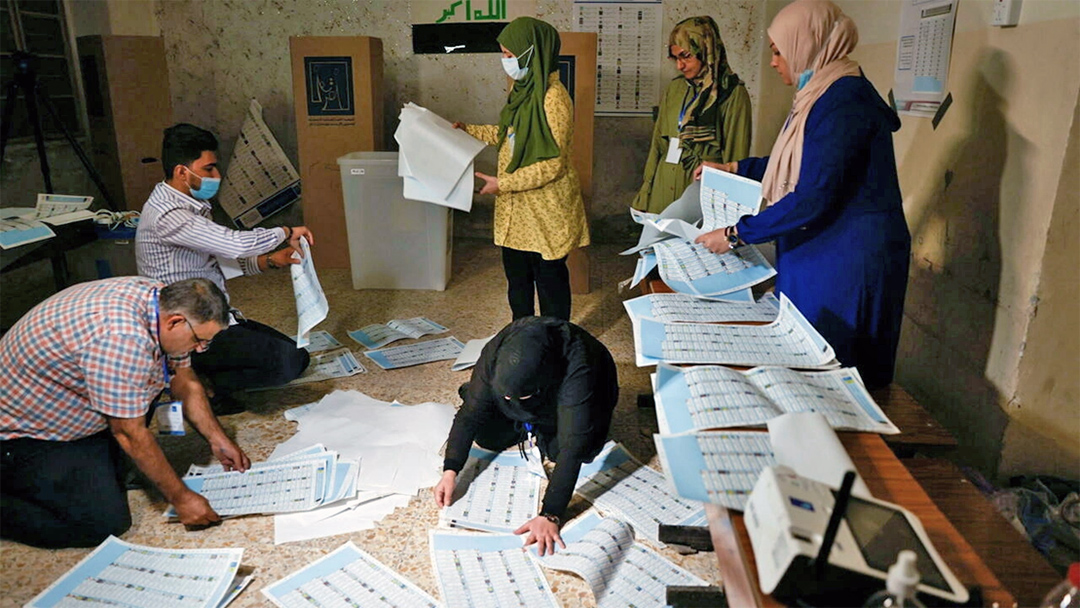 Iraq - On July 29, CPI officially received its registration in Federal Iraq to carry out projects in the country and consequently opened a regional CPI office in Baghdad.

Nigeria - On August 10 and 11 and August 13 and 14, Dar-el-Andalus Centre, CPI's partner in Nigeria, organized two back-to-back two-day workshops in Bauchi and Yola, bringing together more than 130 participants, mainly traditional, religious and community leaders from several different states of northeastern Nigeria (Yobe, Gombe, Bauchi, Adamawa and Taraba). Earlier in the year such a workshop was held in Maiduguri for similar leaders from Borno State. The workshops aimed to raise awareness among community and religious authorities about their roles in preventing extremist violence and disseminating alternative discourses to their communities, as well as a reflection on the reintegration of ex-members of armed groups.

Iraq - On August 12 and 13, CPI organized a two-day workshop in Erbil. This workshop brought together 17 actors, mostly religious leaders from various religious affiliations (Sunnis, Shiites, Sufis, Christians, Yazidis), but also experts in international humanitarian law. The objective of the workshop was to seek consensus among religious leaders on the issue of persons missing as a result of conflict and the role they can play in disclosing information regarding their plight and their location.

Iraq - On August 29 and 30, CPI organized a two-day workshop in Erbil that gathered 23 participants from Ankara and Talafar, as well as a government delegation. The objective of this workshop was to assess and present the results of the refugee return mechanism set up in July 2021 which enabled 25 families to return to their area of origin and to overcome the difficulties and obstacles encountered in helping the process for a second group of returnees.

Turkey - On September 6 and 7, CPI held a two-day peer-review workshop in Istanbul that aimed at examining three research papers on the structure and role of religious jurists of three militant groups in Syria and the Sahel region. The workshop convened 20 scholars and experts from Syria, Iraq, Egypt, Mauritania, Mali, and Burkina Faso. The research papers on HTS, Huras Edin, and JNIM sought understanding of the role of internal and external religious authority institutions in shaping the behavior of religiously inspired militant actors, for effective dialogue engagement.