We are pleased to share our latest newsletter, following our annual summer break.

In this issue, you will find an article describing the endemic situation of violence in Moroccan university campuses, which sometimes leads to the death of students, as was the case in Agadir, last May. Since March 2017, the CFG has been engaged with its Moroccan civil society partners in creating mediation spaces for student groups with different worldviews, to contribute to alleviating tensions and the reduction of violence on campuses.

Secondly, we have asked our local partners and experts to share their opinion on the work of the Foundation, in general, but also in their respective countries, with the aim of continuously improving our work. You will find their opinions below. 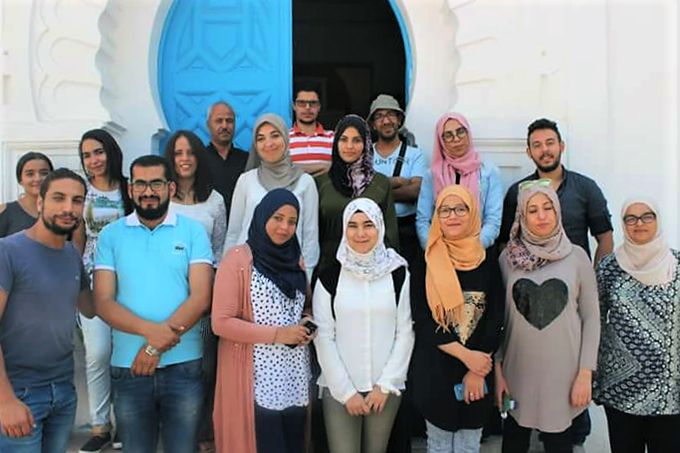 Participants of “My municipality is close to me” initiative in Menzel Bourguiba, Tunisia

News of the Foundation

Tunisia - Following a workshop on promoting political participation and civic engagement of Tunisian youth, by the CFG, in collaboration with El Jahedh Forum, on 9 March in Tunis, two initiatives for promoting young people’s engagement in municipal politics were launched in July 2018. “My Municipality is Close to Me” and “Space Tunis” have created spaces for youth-focused civil societies from regions including Jendouba, Menzel Bourguiba, Kairaouan and Tunis to engage with their newly-elected municipal councillors on key issues.

Morocco - Following a conference on “the Relation between Politics and Religion in the Civic State” and launch of the Charter of the Civic Space, in collaboration with the Committee of the Civic Space and Mada Centre, on 28 April in Casablanca, the Committee has jointly developed a series of workshops for young Moroccans, between June and August 2018. These workshops have created a space for joint discussions about topics ranging from freedom of belief, to field research methods, to conflict transformation methodologies.

PVE - Workshop on “the promotion of the messages of Wasatiya and avoidance of extremism” that brought together 22 scholars and youth from Mauritania, Mali, Libya, Tunisia, Burkina Faso, and Syria, organized in partnership with Qairawan NGO, from 8-9 July 2018, in Nouakchott, Mauritania.

RMC course - Contribution to the “Religion and Mediation Course” held in Murten/Morat on 26-31 August 2018 and organised by the Swiss Federal Department of Foreign Affairs (FDFA) and the Center for Security Studies (CSS). The course aims at deepening participants’ understanding of the interplay between religion and politics in violent political conflicts.